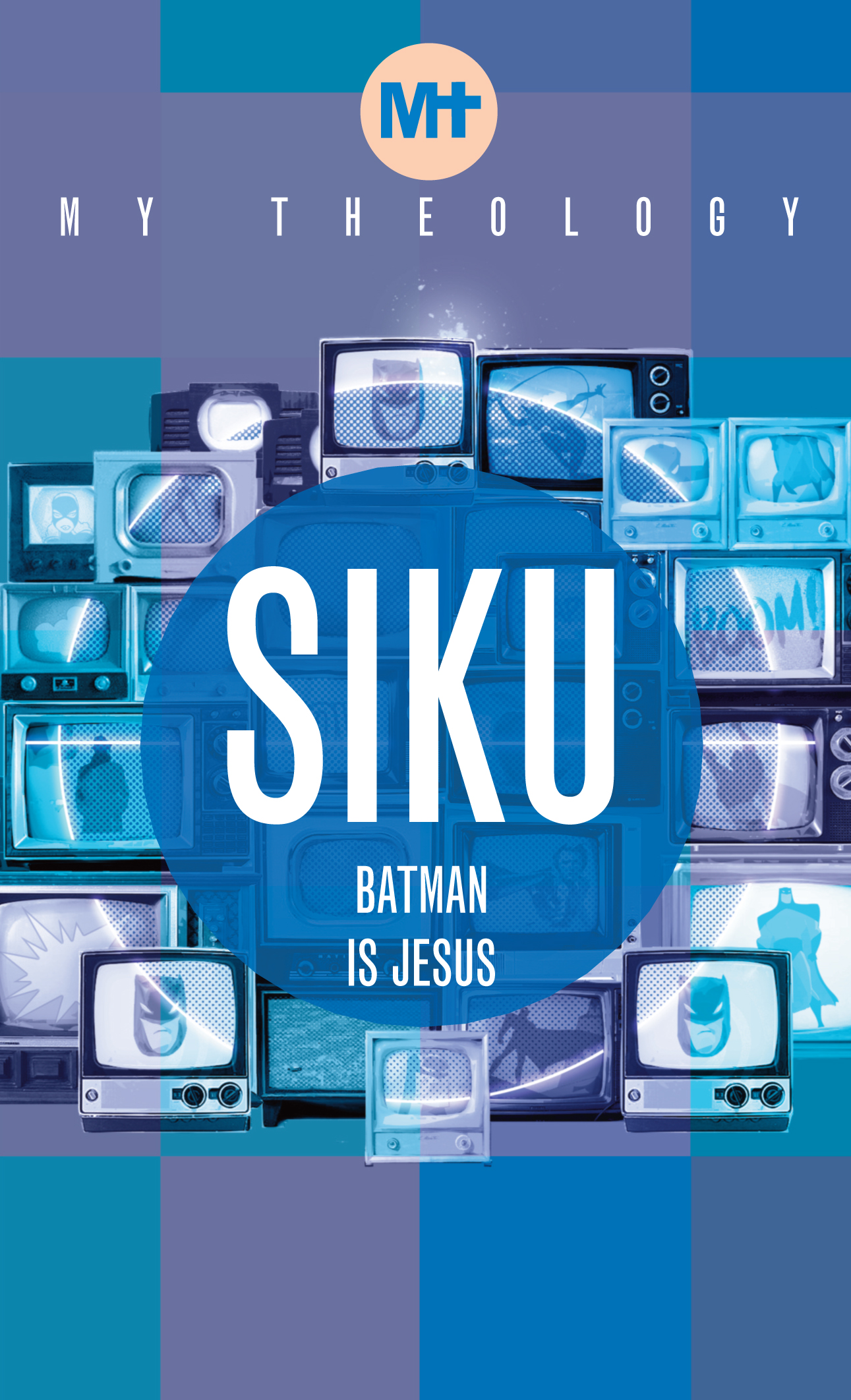 ‘What is the greatest tragedy to befall a hero?’

The answer lies in a single story that has been told by a thousand storytellers over a thousand years. It is a story in which the hero and the villain cannot be understood without each other, nor without a third player – the usurper.

In Batman is Jesus, acclaimed artist-theologian Siku will guide you into the realm of Graphic Theology. Through the visual language of superhero archetypes, legend and lore, he demonstrates a contemporary method of engaging with the Bible that mirrors how the Hebrew sages and prophets read Scripture. This one-of-a-kind contribution to the My Theology series is presented in a dynamic mix of text, design and Siku’s stunning illustration.

Siku is an artist, author, theologian and musician, and one of Britain’s leading comic book/concept artists, having created the bestselling The Manga Bible and worked for 2000AD as artist on titles such as Judge Dredd and Slaine. He has also worked for Marvel UK and COM X, and developed video games as Visuals Director, winning an IGN award for innovation. He has appeared on several national TV shows in the UK, from The Big Breakfast to Songs of Praise, and on radio, Sunday Worship, presenting Daily Service, and writing the 2017 Easter opera At the Foot of the Cross, all on BBC Radio 4. He has twice been runner-up in the Sermon of the Year contest and has been a nominee for the Jerusalem Trust’s Award for Innovation.
ISBNs: 9781913657727 978-1-913657-72-7 Title: my theology ISBNs: 9781913657734 978-1-913657-73-4 Title: my theology
Subscribe to the DLT mailing list