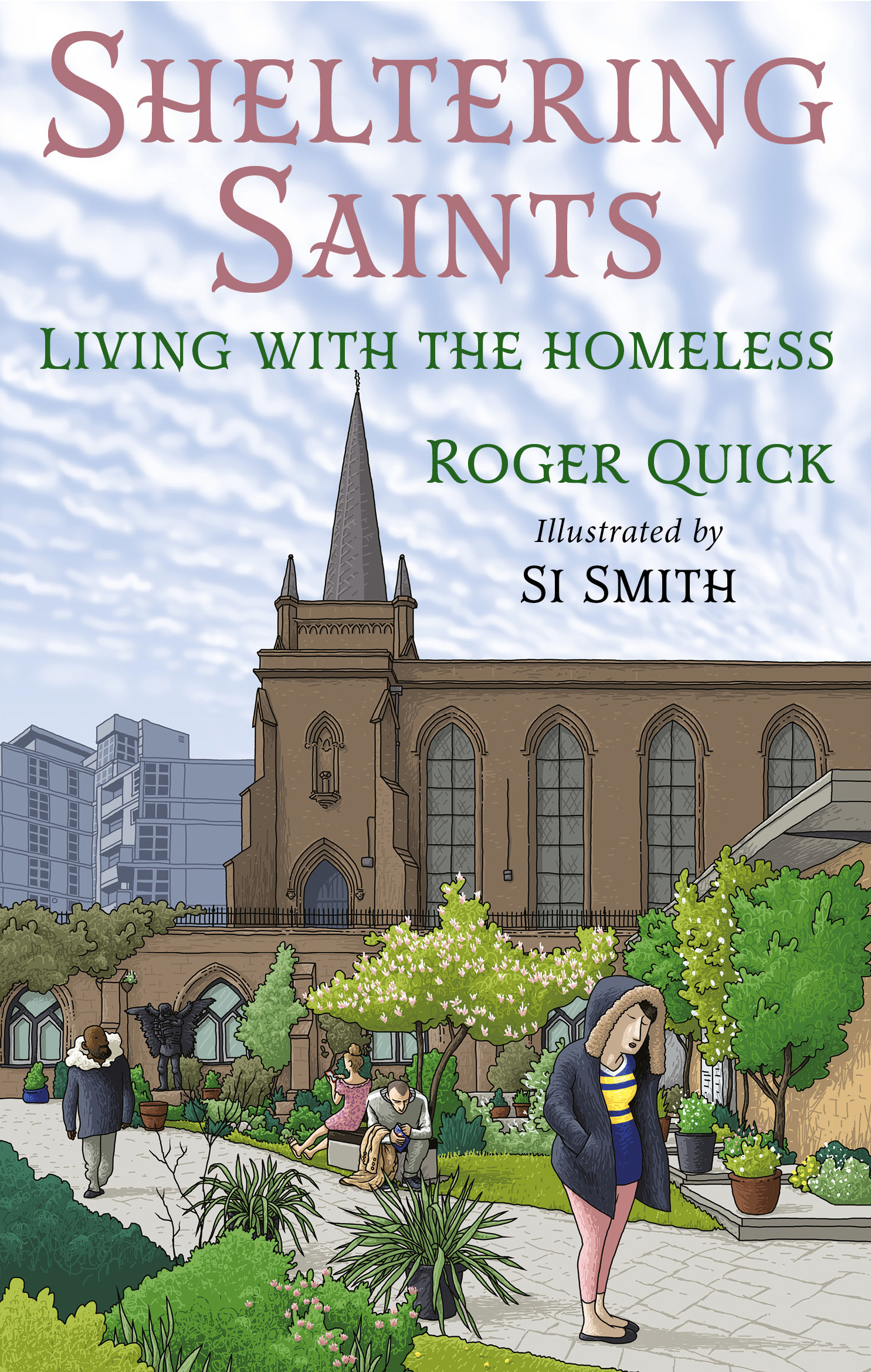 Living with the homeless

God give me a beautiful home. That is what a child wrote, having just learned about the work of St George’s Crypt, which looks after the people of Leeds who don’t have any home, let alone a beautiful one. They come to the Crypt when there is nowhere left to go, no one else to turn to.

Like more than a third of his colleagues, Roger Quick first came to the Crypt in need of help himself. Decades later he came back as its chaplain, and every day since then he has been moved by the courage and insight, borne of great suffering, shown by those who still pass through its doors. In Sheltering Saints he tells their stories, full of tears and laughter, pain and compassion.

Roger Quick grew up in Leeds and London. He first arrived at the Crypt forty years ago, too drunk to be let in. When he sobered up he became a volunteer, and eventually worked as a musician, lecturer, writer and broadcaster. After ordination, he served in parish ministry in Leeds and Scotland, where he was chaplain to Strathallan School for seven years. His series Talking Saints was regularly broadcast on BBC Radio 2. Since 2013 he has been chaplain to St George’s Crypt.
ISBNs: 9781913657680 978-1-913657-68-0 Title: sheltering saints ISBNs: 9781913657697 978-1-913657-69-7 Title: sheltering saints
Subscribe to the DLT mailing list