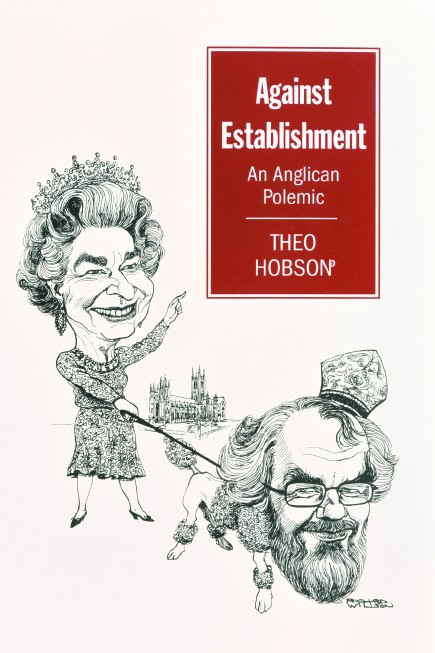 'The Church of England is locked in a terrible, terrible dilemma. It has depended on establishment for its unity, its coherence, its order, its identity. But now establishment is draining it of its vitality, its credibility ... the Church, as it is presently constituted, is a sinking ship.'

Against Establishment is a brilliant broadside against the establishment of the Church of England from a writer recognised as one of the most interesting, provocative and entertaining commentators on religious affairs. Theo Hobson tells the story of establishment since the Reformation with irresistible verve, and attacks a variety of defenders of establishment (including T. S. Eliot and C. S. Lewis) before critically examining the position of Rowan Williams.

Hobson's engaging and accessible polemic is firmly rooted in the Protestant tradition of strong speaking. His core contention that establishment is a betrayal of the gospel gives his passionate manifesto echoes of Luther's denunciation of Rome or Kierkegaard's of Christendom.